By: Anthony Gismondi & Treve Ring
Gismondi and Ring on the wines that moved them in 2016 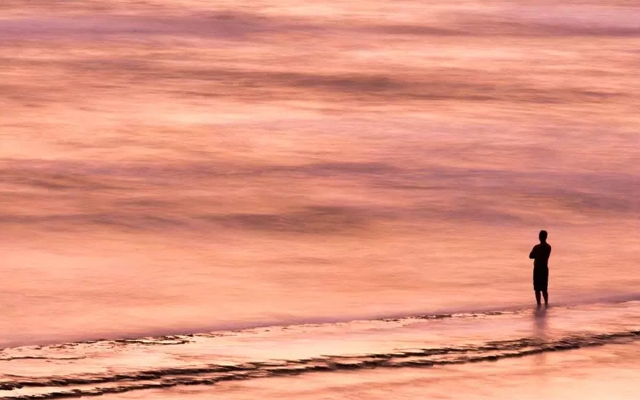 It’s actually just a fraction of the wines we’ve tasted when you consider the bottles presented in tastings, restaurants, vineyards and just about anywhere you can think of someone opening a bottle of wine. We both taste every day of the year, whether we are at home or on the road.

There are top lists for everything to close out the year, from restaurant meals to hockey goals to, yes, wines. Our memorable wines for 2016 aren’t a tabulation of our top scoring wines. Rather, they’re the wines that we reflect on with the fondest memories. Wines that have lingered in our minds and on our palates long after the last drop disappeared – these are the wines that shape us, change us, and keep us coming back for more. Hopefully, they keep you coming back for more too. We thank you for your ongoing support and interest in wine, wine education and wine culture and we look forward to exploring more of this fascinating wine world in 2017 with you.

It's been a fun year, especially in the New World. I can't help but think its been a turning point for many wineries after years of aping the Europeans, and who have now decided to simply make their own wine: wine that speaks of its place, its terroir. It's confidence more than anything and the results are... well delicious. Take the Carson Pinot Noir from the Okanagan Valley; rich, inviting, and a dead ringer for Central Otago - not, the Willamette Valley - not, Burgundy - nope, Russian River - nada. No, it's just Okanagan Valley pinot noir and its good. They laughed at a young Pedro Parra when he went to Burgundy to discover the notion of terroir. No one is laughing now, least of all those who drink his Clos des Fous wines - each a stony ode to the Andes. Jean Claude Mas is as French as they come, but his wines are much more worldly. Luxe Rural is a stroke of genius and it fits the Languedoc to a 'T'. For the moment you can experience his wines for chump change but I'm guessing those days are fast fading. An Italian in Uruguay stunned me with his take on tannat. Alberto Antonini is making the 'Margherita pizza' of red wine at Bodega Garzón and the whole world should be drinking his non-interventionist, southern Atlantic Ocean wines. California Chardonnay has been the butt of insider jokes for decades but the tide is turning. The Sonoma Coast is well documented for its cool versions of chardonnay but wait until you taste the Stonestreet Estate Chardonnay. It is Californian mountain chardonnay at its best; New World style with an Old World twist. Hickinbotham brings a fresh look at merlot and we loved the McLaren Vale view. Two more wines I admired from Australia, a country slowly but surely recovering its wine mojo after a disruptive decade of 'yellow tales' include: Yalumba The Signature, honouring visionary Robert Hill Smith; and Peter Gago, Mr. Penfolds', magnificent 2012 Grange. We began this reveal talking about confidence and no one has more than Sonoma County's Rodney Strong as exemplified by its single-vineyard cabernet series led by the 'Brothers' label. But before we write off the Europeans enter Tignanello 2013, maybe the best red blend ever to come out of Antinori and at 632 years-old that is saying something. It seems you are never too old or young to reach for the stars. Bring on 2017.

A year on the road has reinforced my belief that you must always be humble in the face of wine. There is much to learn, and more is being discovered, and uncovered, every day. If you're not tasting, talking, and travelling, you're missing out on the synergies of what is happening around the globe. When I visit a region, I like to get in the vineyards, talk to the vintners, look at soils. I like to drive around, meet the new kids on the block, and learn from those who have been around the block more times than they can count. Respect. Many times I'm struck by the similarities occurring simultaneously, around the wine world. Lighter reds, sparkling wines, herbal whites, autochthonous grapes, low-intervention, soil studies, alternative vessels... It's place over perfection, which is something we can all relate to. There were many wines that stood out for me that I can't include on this list, because they're not available here in BC. I crave the bright, fresh cinsault-based reds from South Africa; the wild savouriness of the Loire; the flinty concentration of Kiwi chardonnay, and more. What I miss the most are the crisp, linear and expressive traditional method sparkling wines I've seen all over the world: South Africa, New Zealand, Portugal, Germany, Northern Italy, and especially England (more English fizz here please!). I'm thrilled to finally be seeing some of these wines on our shelves, following the small but growing precedent of Cru Beaujolais, Provençal Rosé, natural Italian, cool-climate Oz, and Grower Champagne we can now seek out. Yes, these are all small markets, and they're not for everyone. But they are planted, tended, raised, bottled and sent off in the world by someone. And there are enough folks like me, to appreciate them. The list below is not my top-scoring wines this year at GOW, but they are the wines that I reflect on as highlights, in no particular order. Saúde to 2017 ~