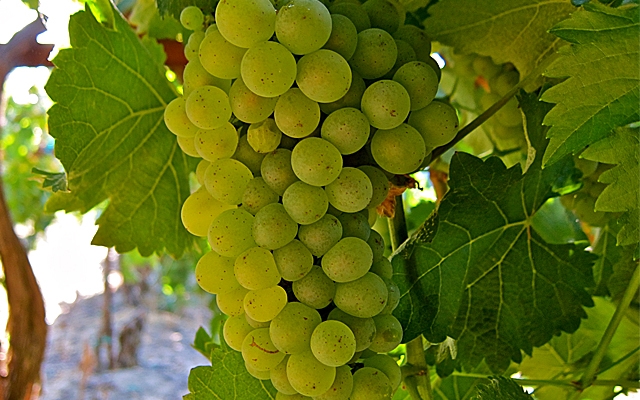 While winter's chill is undeniable, you needn’t concede to months of red wine drinking.

Rich, complex whites are well suited to cooler weather, particularly when they have the body, texture and character to enjoy at “cellar temperature” of 10-12C.

When it comes to complexing whites, the first to mind is chenin blanc. Chenin is one of the world’s most versatile, transformative grapes. Wines from this early-budding, late ripening grape arc from searingly bone dry to sweet nobility and from serious fizz to potent fortified pours. Firmly rooted in France’s Loire Valley since the 9th century, this accomplished, if not idiosyncratic, grape still reigns over France’s garden valley today, transmitting terroir in sought after appellations like Savennières, Vouvray and Touraine. Part of chenin’s mystery is its chameleon-like nature; is it going to be one of the green, vegetal and meadow examples? Or will this waxy pour be full of lanolin, honey and chamomile? Will it be racy and dry or heady and sweet? Unmistakably constant in cared-for wines is the spiking acidity, apparent even through softening with time in wood or via heavy-handed winemaker intervention. The acidity also contributes to the longevity of well-crafted chenins. Well made wines can continue to mature for decades, transforming the greengage and angelica notes into mushroom, salt, honey and toast. When noble rot – botrytis cinera – affects this grape, the results can be otherworldly – Bonnezeaux and Quarts de Chaume are such cosmic examples.

In many parts of the world, chenin is relegated to a workhorse status and blending partner. Though the Loire is still considered the zenith, twice as much chenin is planted in South Africa, where it is also known as steen. Chenin is firmly rooted in the Western Cape; Jan Van Riebeeck introduced the first vines to the Cape in 1655. Here, there are many old vines, the majority of which are gnarly aged bush vines young winemakers are rediscovering and caretaking, especially in Stellenbosch. The Swartland is also a striking area for Chenin, where vintners are letting the grapes express themselves through hands-off, sustainable winemaking.

Here are some of the top chenins tasted at GOW over the past year, well suited for drinking through any season.