By: Anthony Gismondi
A wine-ding road for the king of wines 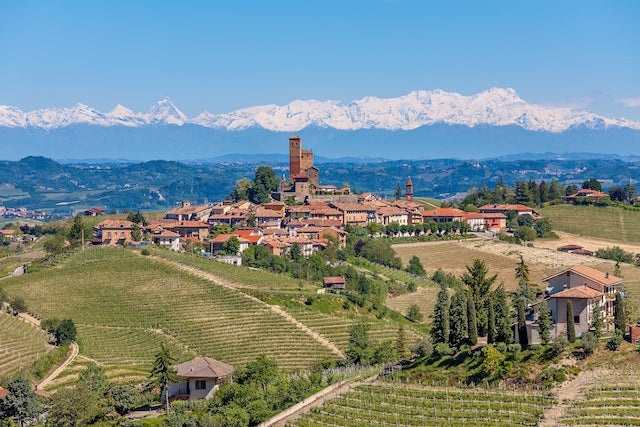 In the personal timeline of red wine drinking, consumers who stick with the lifelong journey often tend to progress from Merlot and Cabernet Sauvignon and Cabernet Franc to Shiraz and Syrah.

As time passes, Pinot Noir becomes the red of choice, and for those who come to know red wines, Nebbiolo becomes a thing.

The latter grape is famous as the sole component of Barolo and is grown in and about the hillsides and valleys in northwest Italy’s Piedmont region. Piedmont, or “the foot of the hills,” is the ancestral home of wine long referred to as the king of Italian reds. In the 1960s, ’70s and ’80s, the young, rugged tannins of Barolo led consumers and collectors to cellar their bottles forever. But even as the tannins dissipated, the bitterness and dryness of the wines were a challenge for drinkers coming off the fresher fruit flavours of New World varietal wines. In addition, the rush to New World varietals led by California presented an enormous challenge to Italian winemakers to change their ways in the vineyards and at the winery.

Thirty years down the road, much of that thinking has gone by the wayside. Even the debate about producers who embraced a more modern style of vineyard management and vinification versus the rigid traditionalists, who stick to the ancient ways, has begun to fade. Today, we know that excellent viticultural practices and winemaking that respect the grapes, and the land they grow on, yield the best wines. We also know those results can be achieved using modern or classic techniques.

Barolo has always been an acquired taste, although truth be known, it is much easier to acquire a taste for Barolo today than it was 25 or 30 years ago. The evolution of Nebbiolo and its showpiece wine Barolo has been a joy for those who drink it today. In all, the Barolo DOCG or Denominazione di Origine Controllata e Garantita, a DOC since 1966, a DOCG since 1980, spreads across 11 different communes in the region. The five best subzones, based on soils, altitude in the form of hillsides, and wines made over decades of production are Monforte d’Alba, La Mora, Castiglione Faletto, Serralunga d’Alba, and Barolo.

For all the price gouging that goes on in BC, Barolo has been selling at very competitive prices in Canada. Names in the local market to look for in both private wine shops and BC Liquor Stores include: Bataisiolo, Bartolo Mascarello, Damilano, Luigi Einaudi, Fontanafredda, Bruno Giacosa, Elio Grasso, Luigi Scavino, Marcarini, Marchesi di Barolo, Giuseppe Mascarello, Prunotto, Renato Ratti, Giovanni Rosso, Rivetto, Luciano Sandrone,Paolo Scavino, Vietti and GD Vajra.

I’ve gone back through some notes and found several Barolos reviewed in the past years that will still be available in the market and some new ones to get you started. Look for them on this page in our regular Weekend wine picks. Also, many Italian restaurants are sitting on excellent bottles of aged Barolo, so you might pursue that source and ask if you can buy a bottle or two with your takeout order.

This article originally appeared in The Vancouver Sun, February 10, 2022. Read more of Anthony Gismondi's  Vancouver Sun articles here. Given the longevity of Barolo, here is a look at many of the wines that have come through the market since the 2014 vintage release that you may encounter at retail or in restaurants. Watch for our video interview with Case E. di Mirafiore winemaker Andrea Conti, released in our monthly newsletter on March 17, 2022. Subscribe here to receive the newsletter for free.