By: Anthony Gismondi
The Evolution of Tenuta Tignanello 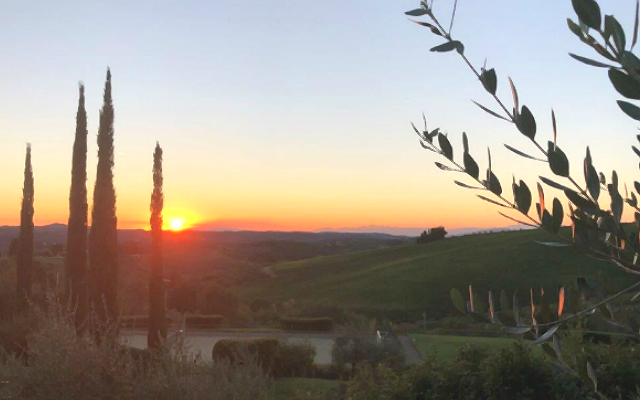 With so many new wine regions and sub-regions proclaiming the virtues of their special terroir and wines daily we wanted to step back from the noise for a bit and look at how older, established wine regions are coping with worldwide competition and the change it drives.

We decided Italy would be a good place to start since as fashionable as the Italians are, change is never a revolution but more often, an evolution. In fact, in the Old World, centuries of tradition can weigh heavily on the next generation, but the blend of transferring gained knowledge with modern techniques is proving a winning combination for them as they settle into their new roles of decisionmakers.

The playbook for evolution and subtle change is owned by the Antinori family. Their wine growing heritage now spans an amazing 27 generations and over 600 years of traditional and innovative wine production in Tuscany and now in several other regions across Italy and around the world. The family traces its winemaking history to 1180 and subsequently, in 1385, registered in the Florentine Vintners’ Guild. As the Marchese Piero Antinori, who has defined the company for nearly 40 years, steps back, leaving the ship to his three daughters Albiera, Alessia and Allegra, his advice is likely the same as what his father and generation after generation after generation passed on before: it’s not about technology of winemaking, because this is something that changes constantly, but,  rather, it is all about values.

We caught up Antinori's chief winemaker Renzo Cotarella and its President, Albiera Antinori, to talk about the evolution of the amazing Super Tuscan Tignanello, since its appearance in 1970. Originally called "Chianti Classico Riserva Vigneto Tignanello" (a Chianti Classico Riserva from the Tignanello vineyard), it was produced for the first time from a single vineyard parcel in 1970, where the blend contained 20% of Canaiolo and 5% of Trebbiano and Malvasia, both white grapes. In 1971 most of the secondary grapes were replaced with cabernet sauvignon and it became a Tuscan red table wine or Vino de Tavola rather than a Chianti Classico, and the label was changed to just Tignanello. Cabernet franc and merlot have entered the picture of late, another evolution in the Tignanello story, but along the way, because of new and superior viticultural improvements, the Marchese and Cotarella have gone back to their roots and released a true Chianti Classico Riserva (sangiovese) from the Tignanello Vineyard, coming full circle in their commitment to making high quality, site-specific wines in Chianti Classico. We hope you enjoy the adventure.

Watch the rest of the Italian Adventure here