Project B - Boutinot Bartier and Bees

By: Anthony Gismondi
A collaboration for the ages in the Okanagan

The Boutinot story is nearly 50 years old. It began in 1972 when Paul Boutinot travelled to London to work in the wine trade. Five years later, he returned to Manchester to work in the family restaurant business. Unhappy with the wines available in the UK,  he set out to find fresh, affordable, quality wines for the family restaurant. The plan was to find French wines that Boutinot liked to drink, and along the way, it became the company mantra. Before long, he was buying for other local restaurants in the Manchester area. By 1980 his UK wine distribution business was off and running.

A global sales strategy took the family to so many places they were soon inspired to make wine. Today, Boutinot Wines is a leading UK-based distributor and producer of select wines worldwide. Its list is 1600 wines strong, with sales of 44 million bottles per year. The philosophy and business model of partnering with growers in various regions spawned a growing team of winemakers, which includes their enthusiastic chief winemaker Eric Monnin, based in Burgundy.

Initial roots were set down in the Rhone Valley at Carianne. From there, business and exploration took them to South Africa in 1994. In 2003 they established a joint venture with Araldica, Coop in Piemonte, Italy and, more recently, the company bought a longtime supplier and now produces English sparkling wine at Henner's. After years of distributing its wines across the country,  Project 'B' is Boutinot's first reach into Canada.

According to Megan Cole, Boutinot International, Country Manager, Canada, "The Name: 'B' surfaced as a constant in this partnership; a Boutinot – Bartier team, our first harvest from Plot B, and as a special nod to the Boutinot Rhone symbol of quality, the worker bee."

Longtime readers know I have extolled the virtues of French winemakers and the wines they make in the New World. It is as if they revel in the fruit intensity they can't get at home but temper that with the savoir-faire of generations of winemaking, in a manner we are only beginning to understand in Canada. Cole says, "Bartier and Monnin set out to create a wine that was Boutinot France in style while honouring the land, viticulture, climate and vineyards of the Okanagan Valley."

Early sauvignon Blanc releases were highly-affordable and humble, $20-$25. sourced from a premium, single-vineyard in Oliver and blended with a thimble of barrel-aged Semillon from the same site.

Why sauvignon blanc? Monnin says, "Walking the vineyard with Michael; it was a feeling between the land and the way Michael was speaking about the sauvignon vines. Also, Michael has what I would call pixie dust in the vineyard. This is where we decided to give some complexity, extra layers, and extra flavours to the wine by adding some barrel-fermented semillon. While [tasting] and discovering the breadth of the BC region, Michael and I blended our experiences of Northern Hemisphere climates to create this first cuvée. It was an amazing experience, and it is just the beginning!"

For Bartier's part, he is thrilled to be a player. "Boutinot's Project 'B' was a gratifying venture allowing me to work with Eric and his colleagues at Boutinot France. Their approach, respect for place and tradition, expertise, professionalism, and joy were all so refreshing."

The big winners are BC and the Okanagan Valley. Having Monnin and Boutinot talk about the region to their many global acquaintances is priceless. Add in Bartier's pursuit of authenticity, and Project 'B' is a model image of the Next Okanagan to spread about the world. Project 'B' is sold in select private wine shops, at the Bartier Bros. tasting room, and in recent BCL stores.

Project B recently added a rosé to the lineup, which is equally enticing.

Before the project launched, we interviewed Monnin and Bartier to get more insight into the "Project" they call B.

(This article is a modoified version of a story that first appeared in The Vancouver Sun, June 5, 2020). 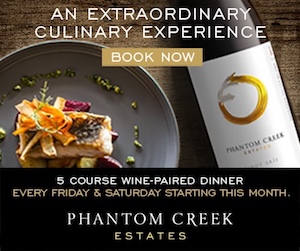 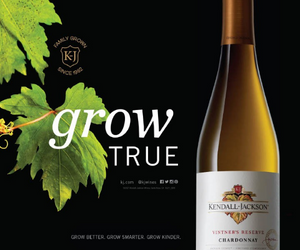 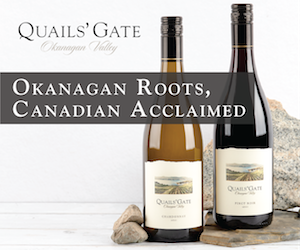