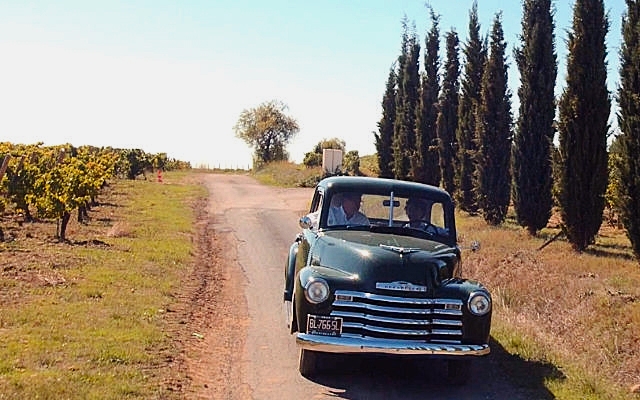 This year, Jean-Claude Mas celebrates 20 years since he launched Les Domaines Paul Mas, the winery he named after his father.

That it is 2020 adds a certain symmetry to the celebrations. After two decades of experience building a global wine company, Mas has a clearer vision of where he is headed and plans to make wine using what he calls "Noetic" thinking, more on that below.

Jean-Claude was born into a winegrowing family in the Languedoc at Pézenas. At the age of three, during harvest, he escaped from his mother and ran two-and-a-half kilometres to meet his grandfather in the cellar. It was a moment he never forgot and one that drew him back home after years of working in North America and Germany. Mas was all about cars and wines in his early career, which included import/export work in America, but he felt that he owed it to his family to apply what he had learned elsewhere to the Languedoc, and finally returned to the South of France in the early 1990s. Shepherding the region into the modern age was no easy task. When you consider the region's entrenched culture as a producer of mass-market grapes, with no focus on fine wine, you could say that changing minds in the global wine market was as tricky as starting from scratch.

In many ways, Jean-Claude is a modern pioneer. This may seem strange in a region with more than 2,000 years of wine history and where the bones of the 450,000-year-old Tautavel Man were uncovered, not to mention moments of occupation by the Celts, Greeks, Phoenicians, Romans, Visigoths, Moors, and Franks, all before 12th-century Medieval period got underway. This version of the Languedoc is on a mission to get back on equal footing with the other great wines of France.

Upon his return to the farm back in the 90s, Mas discovered that the 30 hectares he had inherited were not the best to start a revolution. He went about replanting and applied his remarkable focus and determination to fulfill his vision of producing fine wine. He used the marketing knowledge he gained observing emerging wine regions and first targeted international exports. After earning considerable success, particularly with his playful Arrogant Frog label, he focused on his home country.

To target his compatriots, he knew that selling his wine meant selling the place and a lifestyle, so he built Côté Mas, a destination restaurant, tasting room and luxury two-bedroom villa, and launched the concept of Luxe Rural, inviting anyone to experience the culture of wine and food combined with all that the Languedoc countryside has to offer. “Luxe Rural is an everyday luxury, and it sums up our culture and philosophy,” says Mas. After checking out the wine shop, tasting room, we headed into a terrific restaurant atop the winery.  The style is relaxed, surrounded by the wild Languedoc countryside. The menu changes seasonally, with ingredients grown locally in and around the nearby villages of Montagnac and Pézenas.

Our visit included a stop at the recently completed Clos Astélia, where we interviewed Jean-Claude at his home located within the vineyards and next to the boutique, in every sense, winery. Astélia is named after his four daughters, Astrid, Élisa, Apolline and Estelle, and it is the winery where he will reach for the stars. It is where Jean-Claude believes his winemaking will enter the "noetic phase," a culmination of twenty years of learning on the job and then applying it to the moment. The bio-dynamic 12ha property is a statement in itself about his commitment to the land and its people going forward.

Les Domaines Paul Mas now spreads across 800 hectares in central Languedoc, and the company works with 1,500 hectares of contracted partner vineyards, boasting indigenous and international grapes on a wide variety of terroirs stretching from Beziers to the Spanish border, encompassing the Roussillon region as well.

We hope you enjoy our interview in the heart of Luxe Rural and that it inspires you to make your way to the south of France where the living is as good as it gets. Meanwhile, here in Canada, there is a modest selection of Paul Mas wines. It is nowhere near what there should be, given the talent emanating from this very modern, forward-looking company that is miles ahead of most competitors in philosophy, execution, and long-term commitment to making wine. A trio of Paul Mas wines in government stores that should be on your everyday drink list includes a Pays d’Oc Grenache, Pays d’Oc Malbec, and Pays d’Oc Viognier, all selling in the $10 to $13 range. To get a sense of the best, check out the Paul Mas Gres de Montpellier Red Blend, available in select private wine shops for about $30. Mas also developed the cheeky Arrogant Frog brand (BCLS has Arrogant Frog Pays D'Oc Cabernet Merlot ), whose wines always have over-delivered for their modest price.

Other videos in our series on France: