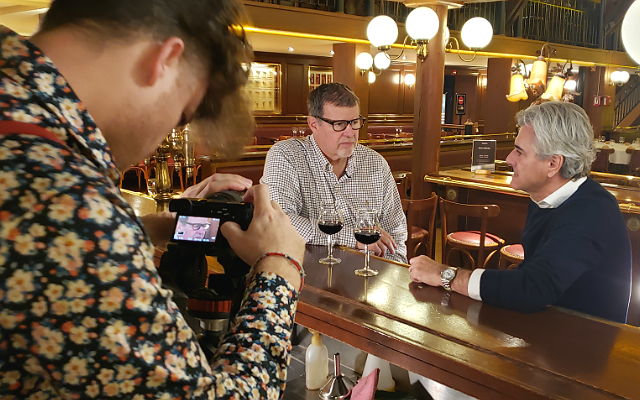 Two days in Beaujolais earlier this fall proved rewarding as a 101 refresher of the famous French appellation, and an opportunity to get reacquainted with the beautiful stretch of wine country terroir while tasting the first wine of the year at Georges Duboeuf.

Beaujolais Nouveau is hardly the event it was in the 1970s, but it remains a fun week across Beaujolais. The Nouveau phenomena began back in the 50s when distributors began competing each year in a race to deliver the first bottles to Paris. In the 70s, Georges Duboeuf, a significant producer of Beaujolais Nouveau, took the festivities to the world, announcing the now-famous phrase “Le Beaujolais Nouveau est arrivé!”.  Today, third-Thursday parties in November take place around the world, and the wine has never been better or more fun to drink. 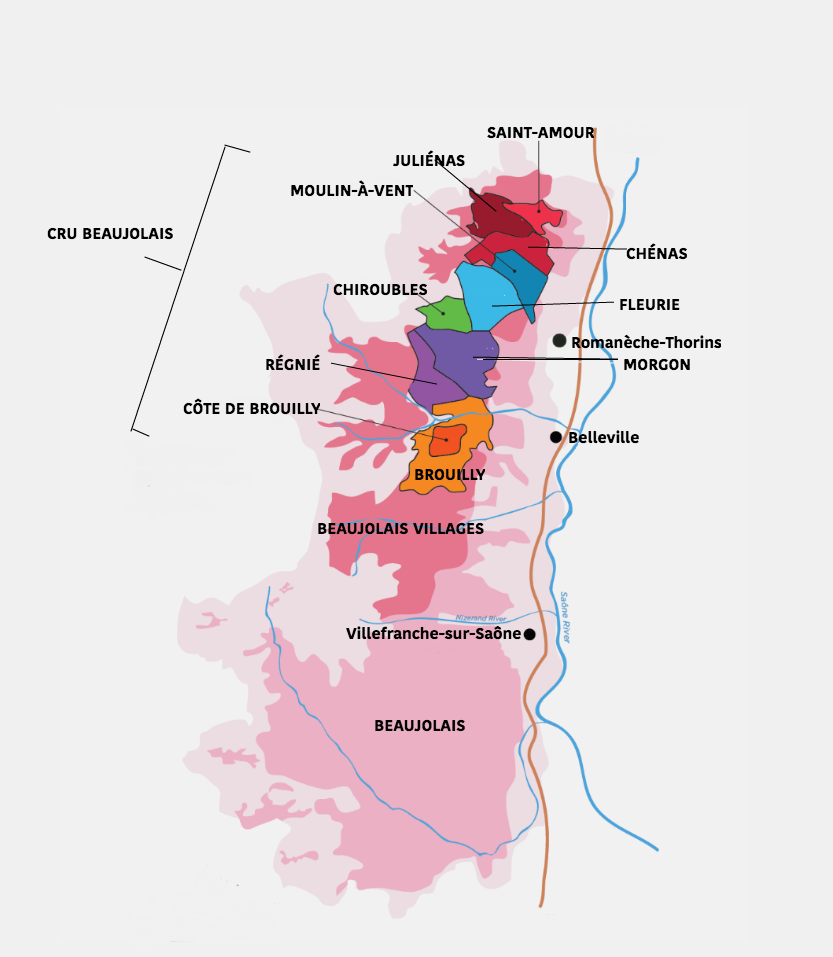 Nouveau aside, the real Beaujolais story is what is going on now across the region and the apparent jump in quality, especially among the crus. The Beaujolais AOC applies to the entire appellation, but the reds are easily divided into three spheres. Entry-level AOC Beaujolais Rouge (5,863 hectares), grown on clay soils  from the flatter areas in the south. AOC Beaujolais Villages (4,518 hectares) is comprised of 38 communes in the wooded mountains to the west of the region, where better exposure and better concentration ensures it is a real step up in quality. The new excitement emanates from the ten crus of Beaujolais (6,190 hectares) that are the best individual AOCs of Beaujolais. The crus each have a personality that stems from their exposure and soils on the rolling hillsides of northern Beaujolais. Generally, they are more abundant in flavours and more sophisticated without losing that slippery, fruity exuberant undercarriage that makes them so drinkable.

A quick synopsis of the ten crus would suggest they are not equal but very different. Saint-Amour, the most northerly cru, is light and packed with soft red fruit. Julienas is the most rustic with weighty, dark-fruit flavours with an earthy undercurrent. Chénas, the smallest in area, is more mineral and, dare I say, more Burgundian. Moulin-à-Vent, one of the biggest crus, is all about structure, tannin, and ageability. Fleurie is the pretty one, floral, soft and delicious. Chiroubles is grown at the highest elevations and pitches delicate red berry fruit. Morgon is closer to the Moulin-à-Vent style, making rich, mineral, stony reds that can age. Régnié, the youngest cru admitted in 1998, has a supple spicy red fruit demeanour you can drink young. Côte de Brouilly grows on the slopes of an ancient volcano where superior drainage and more sunshine yields a riper, more substantial style. Brouilly, the most southerly cru of Beaujolais, is fresh, friendly and gulpable.

During our visit to the region in September, we learned from CEO Franck Duboeuf that they have been mapping the soils and vineyards for the past decade in pursuit of establishing an even higher classification of Beaujolais based on its top climats of single blocks among the crus. As you can see in our video, the story will continue.