By: Anthony Gismondi
We went searching for Badgers and found an Armadillo 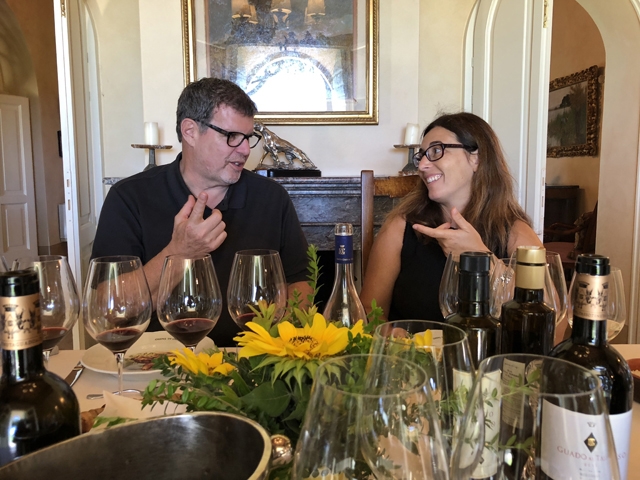 Each week, until December, we are releasing a short film in which we take a closer look at an Italian wine region, filming it through the eyes of the people who are making the wines.

In this episode the crew headed for Guado al Tasso, a 1000-hectare estate, set in the prestigious Bolgheri DOC, on the coast of upper Maremma, about one hundred kilometers southwest of Florence. The property takes its name from the notoriously shy badgers crossing the fords of the many streams which run through the property.

In just over twenty years the Bolgheri DOC has quickly become an international reference point for Italian red blends, once referred to as Super Tuscan wines, although the term is used less and less as time moves on.

The 320 planted hectares are set amongst fields of wheat, sunflowers and olive groves, as only the Italians can modestly do, in a natural amphitheatre of rolling hills that face west southwest a mere 10 kilometers from the Tyrrhenian Sea.

Viticulture dates back to the 1600s and the noble Della Gherardesca family. In the 1930’s, the property was inherited by Carlotta Della Gherardesca Antinori (Piero Antinori’s mother) and her sister who was married to Mario Incisa Della Rocchetta (who received the nearby Tenuta San Guido) the rest, as they say, is history.

Our visit with winemaker Marco Ferrarese and his wife Luisa Foschetti, who manages the estate, included a stop at the newly finished Bruciato facility built to cope with the worldwide success of that expanding brand. In fact, the new facility, nicknamed the Armadillo, will literally give Guado al Tasso some room to breathe moving forward, which can only be beneficial to the wine. Our tasting of the magnificent 2015 reds confirmed that all the growing interest in Bolgheri and Guado al Tasso is warranted.

Take a look at the rest of the series here: An Italian Adventure