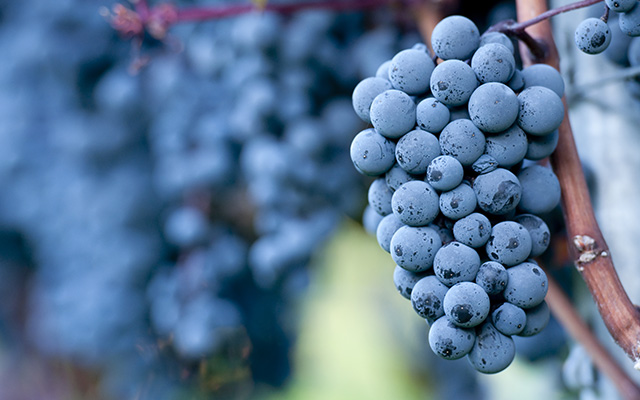 When someone mentions tango or gaucho, pampas or asado it's easy to think of Argentina.

When wine is the subject the word that best elicits an Argentine shout-out is Malbec. On April 17, Argentina is shouting out Malbec World Day and in Year 4 of the now global celebration the party has spread to 55 cities in 44 countries.

That's not bad for a grape few people knew much about a decade ago. In British Columbia alone, there will be 40 free consumer tastings at a variety of retail wine stores.

Malbec World Days is in many ways a New World celebration designed to muscle into a very crowded wine market. Even if Argentina has been making wine for almost 500 years, it's the resurgence of Malbec that has put it back on the world wine map, hence the celebration.

Malbec has historically been grown in over 30 different departments of France, where traditionally it was referred to as côt or auxerrois. In Bordeaux, where it was a growing concern until the great frosts of 1956, it was known under the synonym pressac.

With about 25,000 hectares planted (just under three times the total area under vines in British Columbia) Malbec's success in Argentina is remarkable even if it is non-native. Much of Malbec's success is to be credited to its ability to adopt itself to Argentina's, dry, high-altitude sites and today there are few competitors globally making better Malbec-based wine.

Malbec's key attribute is likely its Achilles heel. The style is generous, the palate accessible and the tannins supple. The best Malbec is awash in soft ripe fruit, with an intriguing, savoury undercurrent that envelops your palate. That may come as surprise to many who only know the sweet, oaky, chocolate-flavoured style that is quickly penetrating the low end of the market and, in this writer's opinion, dragging Malbec down into that vast, commercial abyss of sweet tasting red wines.

A quick look at B.C. listings would suggest Argentine Malbec is moderately popular but something could still be learned from the French. Of 127 wines, 49 are listed as Malbec. Four of those labels sell for over $100 while the vast majority of Malbec in monopoly stores sell for less than $20. Contrast that with France that boasts 1,037 wines in the market, 30 of which sell for $1,000 or more. In short, the category could use an infusion of site-specific Malbec and Malbec blends if it's going to avoid the rush to mediocrity.

Argentina has great sites, at altitude, but so far all we are offered are the marshmallow soft reds bearing an almost meaningless Mendoza moniker. Mendoza works if soft, smoky, chocolate flavoured reds is all you have in mind, but it's the Uco Valley and sub-regions such as Altamira, Vista Flores, Tupungato, Cafayate and more that need to be shown internationally.

There is an interesting story recently from The Canadian Press about the current state of grocery stores in Canada. It suggested "price wars that have pushed a kilogram of bananas below the price of a chocolate bar may be good news for consumers' wallets, but those who watch the industry see a race to the bottom that may leave shoppers with less selection and dwindling customer service." That sounds a lot like the wine market.

This week's picks are a smattering of some of the better, more affordable Malbecs in the market including a French version. You will be able to taste most on April 17, paired with empanadas from Panaderia Latina Bakery, at the flagship 39th and Cambie Signature liquor store from 2:30-6:30 p.m. Argentine Malbec and Malbec blends will be on display throughout BC Liquor stores from through May 5.

Keep in mind they are some of the best in the market for the money but by no means do they represent the best from Argentina. That will take a mind shift among buyers and producers and, much more, I'm sorry to say, than a World Malbec Day.

Americans Charles Bieler, Roger Scommegna and Joel Gott are the 3 Thieves Wine Company and the folks behind The Show Malbec. The fruit is all high-altitude from Lujan de Cuyo and the Uco Valley and in 2012, it looks as if they have abandoned the sweet oaky style for something much more interesting. Let us hope they don't go back. Drier, more savoury red fruit with good acidity and texture. Far more food-friendly and, while it doesn't really matter, a sensational label. The classic match, steak, is the fit.

Love the density and purity of this wine, with its intense tobacco and black pepper, plum fruit nose and spice aromas. It is dry and smooth on the attack with light tannin and stony, black cherry, smoky, savoury fruit flecked with balsamic, peppery, vanilla notes. Fine concentration with complexity too. Try this with grilled meats or let it age another 2-3 years.

Aromatic with peppery, cola, black licorice aromas, mixed with black cherry, plum and smoky cedar notes. The attack is full and round with juicy, stony tobacco, meaty, savoury, black cherry, coffee and mushroom flavours. A full-flavoured edition of malbec with excellent intensity for the money. A wine you can place in the cellar for five years at a minimum or serve now with game or big meat.