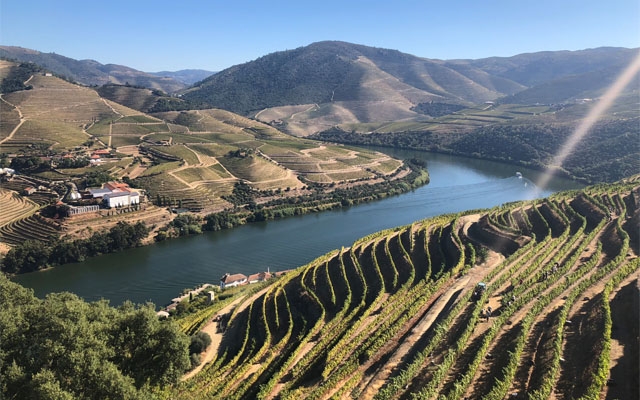 Portuguese wines are in a renaissance, buoyed by the influx of crisp, bright white, and dry, savoury red wines flowing into international markets. Wine lovers, forever on the hunt for new regions, grapes, and flavours, have embraced the diversity of Portuguese wines. Suddenly Dao’s granites, Douro's schists, and Bairrada’s limestones are coveted soils, and Alvariñho, Jaen, Alfrocheiro, Maria Gomes, and Trajadura hunted grapes.

BC’s coastal and locavore based cuisine mirrors theirs, and our love for undervalued and overachieving wines is resulting in an increasing number of Portuguese quality wines showing up on shelves and lists in this province. Of course, Ontario, with its vibrant and colourful Portuguese Toronto traditions has been leading the country in this category. Thankfully for us, BC buyers are cluing in, and the options are greater in the west than ever before.

Portugal has a millenary tradition (2000 BC) in the wine making process and has the oldest demarcated and regulated wine region in the world in the Douro Wine Region, legendary for  its fortified wines.  The population of Portugal is roughly that of BC  at approximately 10.5 million people. Though a small country, the output is mighty, and the total vineyard area is considerable. Portugal’s proportion of vineyard area to the total utilized agricultural area is one of the highest in the world and in 2017 they ranked 11th in world for wine production and 10th in wine exports.

The same factor that has prevented Portuguese wines from becoming household norms is now the key to their current successes. The quality and range of the country’s autochthonous, or native varieties (about 250) coupled with the 200 or so identified microclimates and wide range of soil types results in infinite wines. And that’s before any stylistic winemaker intervention or historic tradition.