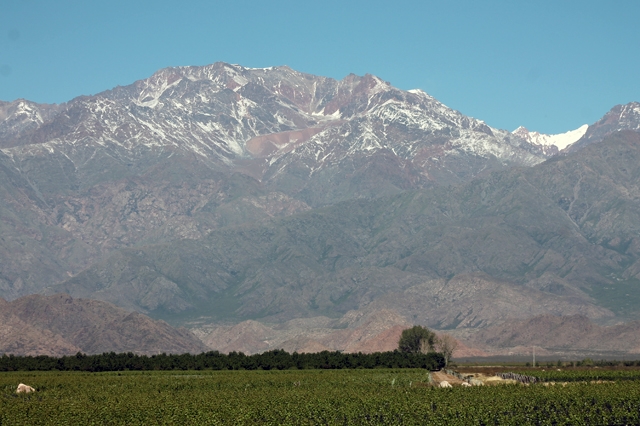 Malbec has risen at a comet-like rate the past thirty years, propelled into superstardom by Argentina’s thriving exports.

Tucked against or astride the sunbaked Andes, the grape typically showcases full-bodied, intense fruit-forward flavours of blueberry and black plum, backed up by cocoa, smoke and spice, laid out across a velvety texture. Over the past decade, the approachability, ripe fruit, and low price point of Argentine malbec rapidly gained it many fans in North America, the UK, and around the globe. As of 2017, malbec accounted for 37% of red grape plantings in Argentina, covering more than double the second-most planted grape (Bonarda) with a total of 102,000 acres under vine.

Malbec has become synonymous with Argentina, where more than 75 percent of the world’s vines are planted, the black, but densely flavoured grape is native to the south west of France. Though it is one of the six regal players in classic red Bordeaux and had been planted in 30 French departments in the past, Malbec has fallen steeply in plantings and popularity in its homeland. Today the black plum, savoury, powerfully tannic wines of Cahors are where you are most likely to find the grape, where it is commonly known as Côt.

After two decades of growth in South America. The push towards quality has led many Argentines to investigate new terroirs, most often at great heights. As a result, Argentina has more high-altitude vineyards than anywhere else on the planet. Malbec benefits from the cooler evenings that come with higher elevation and a more significant diurnal shift increasing acidity and preserving fresh fruit. Though most vineyards are planted in and around Mendoza, our collective shift towards place and provenance has brought a welcome turn towards site and altitude on the labels. It’s common to see sub-appellations of note including Uco Valley, Tupungato, Gualtallery, Lujan de Cuyo, Maipú, San Rafael and more. Outside of Mendoza, keep an eye out for San Juan and La Rioja to the north, the high-altitude plantings in Argentina’s far northeastern corner of Catamarca, Jujuy and Salta, and the southern regions of Patagonia, the Río Negro, and Neuquén – the latter trio especially promising for cool-climate grapes and sparkling wines.

April 17 is Malbec World Day, an annual promotion created by Wines of Argentina to spotlight Malbec with events worldwide. We don’t need any such excuse to raise a glass to one of our favourite Argentine exports (along with Lionel Messi, of course). Here are ten of the top Malbecs we’ve tasted from around the world recently at GOW, and ranging from $18 - $150.