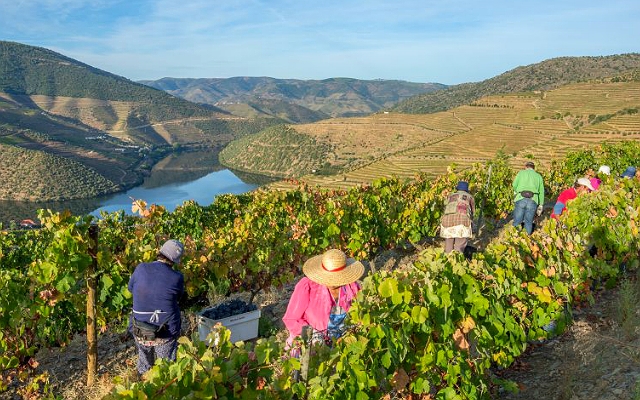 The Symington family officially stated its intention to declare 2016 as Vintage Port year across its acclaimed properties in Portugal’s, Douro Valley.

It's only the fourth time the company has issued a vintage declaration since 2000 and its first since the monumental 2011’s. Hats off to the family and its fellow producers who seem to be doing all they can to protect the reputation of this wonder of wine. The official announcement from the winery follows,  along with a video we shot at the Vancouver International Wine Festival where we asked Rupert Symington about, at the time, the upcoming declaration. - AG

The 2015/16 winter was wetter than average, which provided a vital counterbalance to the hot Douro summer. Damp weather continued into May, which caused considerable fruit loss to the unwary. From June, normal service was resumed, and August was very warm although some welcome rain fell on the 24th and 26th. More heat ushered in September, and some started picking although it was clear to those who were properly monitoring their vines that the grapes were not ready. Furthermore, the long-range forecast predicted showers and sure enough invaluable rain fell on the 12th and 13th September. This was the year to read the signs and to take risks; Charles Symington, head winemaker, delayed harvesting until the 19th September and the best Touriga Nacional was not harvested until the 26th, and the late-ripening Touriga Franca only during the first ten days of October. The greatest 2016 Symington Ports were made during this later period under lovely blue skies. It is not easy in our incredibly diverse region to pick grapes at exactly the right time, especially when yields are amongst the lowest in the world at 26-hectolitres/ha, with high risk of dehydration and when many producers rely on bought grapes and are therefore dependent on farmers for picking. All the 2016 Symington Vintage Ports are made from our own Quinta vineyards where Charles and his viticulture team can be seen every day tasting and analysing grapes throughout August and September. All our Vintage Ports were made in our five small lagar wineries, using the classic treading method for great Port. The 2016 Vintage Ports are exceptional with tannins that are amongst the most refined ever, supporting beautiful red-fruit flavours with extraordinary intense, purple colour. They have impressive structure and balance, with Baumés, acidity, tannins and colour in rare and perfect alignment. This is no doubt a result of the later ripening cycle which allowed our grapes to mature evenly and completely. Production of each of our 2016 Vintage Ports is approximately 1/5th below our previous declared Vintage following rigorous selection in the tasting room.

Gismondi on Wine interview with Rupert Symington about this year's declaration, filmed at the Vancouver International Wine Festival, March 2, 2018: