By: Allison Spurrell
Ideal for Champagne, and everything else 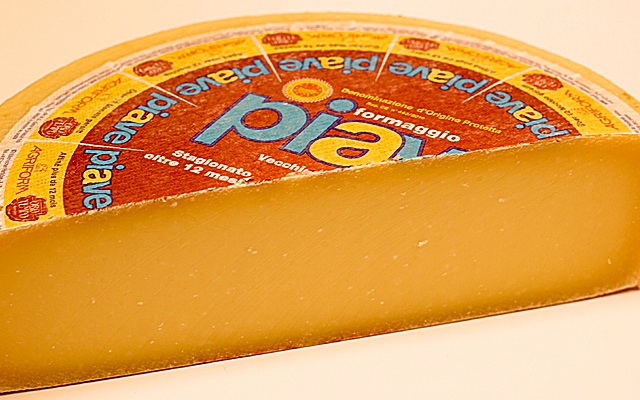 I have to say I have never been a fan of the idea before, as I find people always seem to be trying to do commit to things that they don’t want to do. I decided that I would try to commit to something that would make life nicer and more interesting. I resolved to drink more wine in 2015! That seemed like a good goal and possibly one that I could actually accomplish, so I worked hard in 2015 to keep to my new year’s promise.

The end of 2015 is approaching and I have been thinking of all the nice bottles of wine that I have been lucky enough to share in, in the past year. What also happens when I think of New Year’s Eve is I think of Champagne. I don’t think we should need a reason to have some – Tuesday lunch should be a good enough reason - but just in case you need some encouragement, New Year’s Eve is definitely a good excuse. Of course what follows next in my cheesy brain is what would I pair with Champagne? Well for this one question the answer is always easy. Piave Vecchio!

Piave is a hard cow’s milk cheese, with a protected DOP status, made in the Dolomite Mountains in the north eastern part of Italy. It is named for the Piave River which runs through the eastern tip of the mountains, in the Veneto region. This is a cooked curd cheese made from pasteurized cow’s milk and it is available in 5 different ages but the older the better for this particular cheese. The red label of the Piave Vecchio Selezione Oro denotes that the cheese is aged for more than 12 months, and as far as I am concerned it is perfect at this point.

Is Piave Vecchio the most interesting cheese to look at? Not really. Does it smell cheesy or seem to call to you from the cheese plate? Possibly not – but it is deceptive. Piave has the fruity, sharp taste that is really unlike any other cheese. It has none of the earthy tastes of a washed rind and none of the nutty, woodsy tastes of a mountain cheese, and definitely none of the bitter tastes that some aged cheese can have. It has its very own perfect balance of clean, bright flavours. This is a cheese that is good with everything. That sounds like a big claim but I swear it is true. It is equally good with red, white or sparkling wine. It accompanies, fruit, meat or martinis with the same skill.

So as the 31st rolls around and you ponder that bottle of bubbly, remember that some Piave Vecchio will compliment it no matter where in the world the wine comes from. Happy New Year!

les amis du FROMAGE is a family owned and operated specialty cheese store with two locations in Vancouver. With a carefully curated selection of local and imported cheeses, charcuterie and accompaniments, they also specialize in frozen soups and meals, all made in house using top quality ingredients. Founded in 1985 by the mother and daughter team of Alice and Allison Spurrell, les amis du FROMAGE is proud to still remain a family owned and operated Vancouver company after over 30 years in business. Current owners Allison Spurrell and Joe Chaput have come a long way since the original shoe-box sized store opened in Vancouver’s Point Grey neighborhood. You can rest assured that their mission is to continue the company’s reputation of offering the highest quality cheeses, cut to order, along with one-to-one customer service. Vancouver - 1752 West 2nd Avenue, BC V6J H6 Tel (604) 732-4218; Strathcona 843 East Hastings Street.V6A 1R8 Tel 604-253-4218. www.buycheese.com.