By: Anthony Gismondi
A new tasting expression from Nk'Mip Cellars. 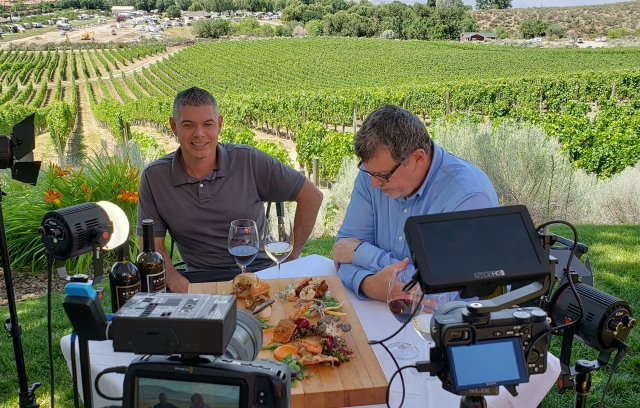 In this video, we explore the current state of affairs at Nk’Mip Cellars, North America’s first native-owned winery located in the South Okanagan Valley.

Our wide-ranging conversation with winemaker Justin Hall is all about where they came from, where they are, and where they are heading. Hall is a member of the Osoyoos Indian Band (OIB) and recently became an elected member of the band council, who worked his way up from a cellar hand to the chief, white winemaker, at Nk’Mip Cellars under the tutelage of master winemaker Randy Picton.

As you will note Hall's enthusiasm and work ethic is off the charts, and he is more than excited to be a part of the “Big Idea” that saw the band first enter the wine business more than 50 years ago. Hall first worked in the vineyard before learning the business of making wine from the ground up as he prepares for that time when he takes over the responsibility of running North America’s only first nation’s winery.

In the course of our visit with Hall, we talk about the unique desert environment Nk’Mip operates in and  how, like the garrigue found in the south of France, the jarilla in Mendoza, and the boldo in Chile’s Maipo Valley, we may have a similar south Okanagan equivalent already loosely described in writer’s wine notes as a herbaceous, dried herbs, scrubby bush, sagebrush note. Hall put the question to some of the band elders, and he immediately came back with the term Sín iʔ tmxʷulaxʷ (sin eet tim whoo lough).  You will have to listen carefully to the soundtrack to learn how to pronounce this beautiful name that describes this amazing, sweet-smelling fragrance of the south Okanagan that permeates so many wines.

I'm not sure who is prouder of the current state of affairs at Nk’Mip, the OIB, Chief Clarence, Randy Picton or Justin Hall, but they all seem to have a healthy relationship. As for the wine, Picton and Hall are hitting it out of the park with labels like Nk'Mip Cellars 2018 Qwam Qwmt Riesling and Nk'Mip Cellars 2017 White Meritage Merriym (29.99), both are stunning successes. On the red side an equally impressive quartet includes the 2016 Qwam Qwmt Cabernet Sauvignon ($34.99), a linear, stylish example of the temperamental red,  the perennial star Qwam Qwmt Syrah ($34.99), the 2016 Red Merriym ($54.99) and the 2016 Winemakers Talon ($23.99) a ready to drink syrah blend.