By: News Release
A report from the Northern Rhone 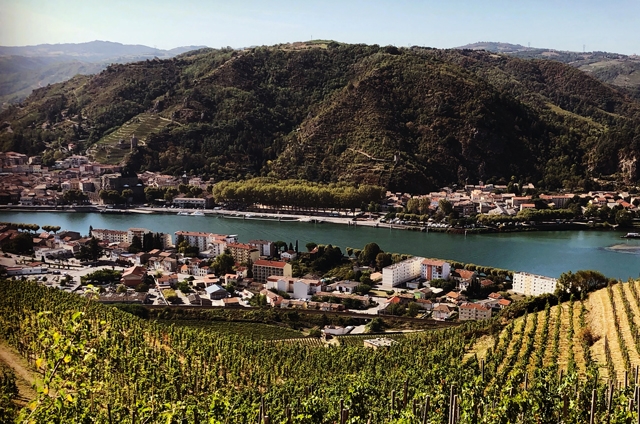 While the harvest in the Rhone Valley ended a few days ago, Jacques Grange, Delas Technical Director, unveiled some of the specificities of the vinatge.

When we sent out our Delas vineyard ‘flowering report’ in early May we informed you of the very early nature of the growing cycle this year. We also pointed out the high water deficit in the early part of the year. Our various observations based on climate indicators have been confirmed, accentuated even, over the weeks and months that followed. With regards to rainfall levels between January and 23 September, we sadly beat the lowest ever levels on record in 2003 with just 223 mm of rainfall this year!

On 24 August we began harvesting our first Marsanne grapes in Crozes-Hermitage as well as our very first Viogniers in Condrieu. On 26 August we picked our Syrahs in a 2-hectare plot on Domaine des Grands Chemins followed by our first Hermitages on the Les Bessards terraces. From this date onwards, all of the grapes were harvested gradually and unhurriedly according to the maturity of each plot, for our own vines as well as those of our partner winegrowers. The combined effects of the summer heat and hydric stress led to significant disparities in maturity towards the end of the growing cycle.

What with a few storms and certain soils with higher water retention properties than others, some plots were ready whereas other plots (often very close by) still needed time to mature. 20mm of very welcome rainfall on 28 August brought an end to this worrying situation. The vine was able to resume its growth thereby allowing the sugars and polyphenols to migrate from the leaves to the grapes. The length of the harvest period (no less than 28 days - a complete lunar cycle! - between the first and last grapes to arrive in the vat house), as well as the order in which our plots were picked, are an exception in the history of our domaines.

Les Bessards was picked on 26/08 and La Landonne on 31/08, which was four weeks earlier than the plots harvested last on the Domaine des Grands Chemins. The last red Hermitages, in the ‘Les Grandes Vignes’ lieu-dit (from our new plots), were picked on 9 September. They were separated into several vinification batches and yielded a total of 9 tons of grapes.

With regards to our own plots, yields reached 48-50 hl/ha in the AOC Crozes-Hermitage (up to 50 hl/ha authorised); 30-35hl/ha in Hermitage red and 33 hl/ha in Hermitage white (up to 40 hl/ha authorised). The effects of hydric stress resulted in clusters weighing 15-20% less than in an average year and we had just 155 kg of grapes (Syrah) to work with for 1 hl of wine. Despite this highly unusual situation, alcohol levels were kept under control and remained well balanced (the Syrahs did not exceed 14° in our highest quality hillsides and the Marsanne whites in Hermitage and even the Viogniers in Clos Boucher were somewhere between 13.5° and 14.2°).

Although acidity levels were low and there was very little malic acid from combustion in the plant (total acidity of 4-5 g/L/H2S04), the pH levels were very acceptable (between 3.45 and 3.60). The wines are displaying good balance on the palate which is a very promising sign. The total anthocyanin and polyphenol levels are outstanding in all of our reds. That said, their extractability is low and they require several days of maceration before their compounds diffuse into the musts. Vatting is carried out slowly, with short pumping overs, gentle cap punching and temperatures that do not exceed 28°C.

Our Tain winemaking facilities provide the ideal conditions for this delicate and painstaking exercise! Despite the weather conditions and the early-ripening nature of this vintage, the ripening kinetics are very different from those seen in 2018 and 2019. The extractions are remarkable with lovely soft tannins and no element of ‘greenness’ to their texture.