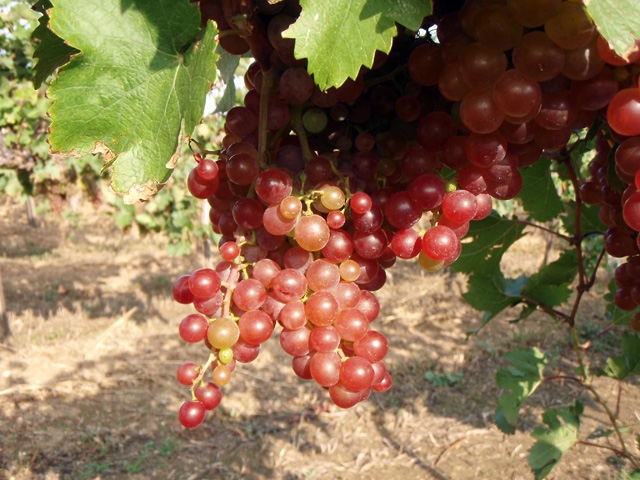 Numerous hailstorms, some of them quite severe, extremes of heat and drought – none of these factors managed to significantly damage the 2017 vintage.

The Austrian wine industry made it through the extraordinarily hot summer in good order, and the current vintage can now score top marks with its fully ripened clusters. Austria’s winegrowers are currently anticipating a quantitatively good vintage, one in line with long-term averages, with very ripe and healthy grapes. After the sore trials of the previous year, in which growers could bring in no more than two million hectolitres in volume because of the crippling late frost, 2017 looks forward to a wine harvest of some 2.3 million hectolitres, announced Viticultural Association president Johannes Schmuckenschlager to reporters.

‘Springtime weather conditions favourable to the vine brought our growers a sense of optimism with which to start this year’s vegetation cycle. It is true that certain growing regions once more suffered damage due to late frosts, but these instances were neither so wide-reaching nor as severe as in the previous year. After a lovely bud-break, there were heavy rains in some regions before grapevine growth – like in other sectors of agriculture – was able to get underway, headed for a hot and dry summer,’ said Schmuckenschlager, looking back.

Schmuckenschlager, commenting on measures used by growers to cope with the heat: ‘Drought conditions and extended periods of heat – far above the 30°C (86°F) mark – brought vineyards with shallow soils and parcels of young vines, above all, to the very limits of stress and strain. Irrigation systems, where available, were constantly in use, and growers implemented viticultural countermeasures to alleviate the drought stress. With parcels of young vines it was necessary in many cases to cut off the clusters, in order to keep the plants healthy.’ A few thunderstorms in mid-August brought a certain element of relief to many regions.

‘Those vineyards that were up to this point operating on the back burner, as one might say, could now shift their vegetation into high gear, and the consistently healthy clusters sprang forward into an accelerated process of development. If the weather remains this good until the harvest begins, we can look forward to a very fine, fully ripe vintage with slightly higher alcohol values and lesser acidity than the previous year’, said Mr Schmuckenschlager.

From the standpoint of volume, at the moment Austria is looking forward to a good average vintage. Of course one was obliged to swallow the bitter pill of localised hailstorms across the entire country, along with some late frosts in springtime, but these factors have relatively little influence upon current prospects for the harvest.

The Steiermark (Styria), which was not so heavily affected by the drought, is looking forward to a very satisfying vintage, from the standpoints of both quantity and quality. This comes after the massive frost damage that the region endured in 2016, which brought about a particularly meagre harvest.

Niederösterreich (Lower Austria) and Wien (Vienna) are expecting a good, normal harvest in terms of quantity.

Johannes Schmuckenschlager says: ‘There is still a little factor of insecurity where volume is concerned. This is because the berries have remained slightly smaller due to the heat stress, and so we have just a bit of anxiety about the liquid volume of the grape must.’

According to estimates from the individual wine-growing regions, Austria is looking forward to a vintage of average volume, in the amount of some 2.3 million hectolitres. If there is a favourable amount of rainfall during the ripening phase, this could prove to be to a bit more.

‘Most’ & ‘Sturm’: The harvest is already underway

Harvesting of grapes for the beverages Most (grape must) and Sturm (partially fermented grape must) is already underway in the area around Lake Neusiedl. The main harvest will commence in Burgenland at the beginning of September, in Niederösterreich and Steiermark toward the middle of September.