By: News Release
One of the best in the last decade. 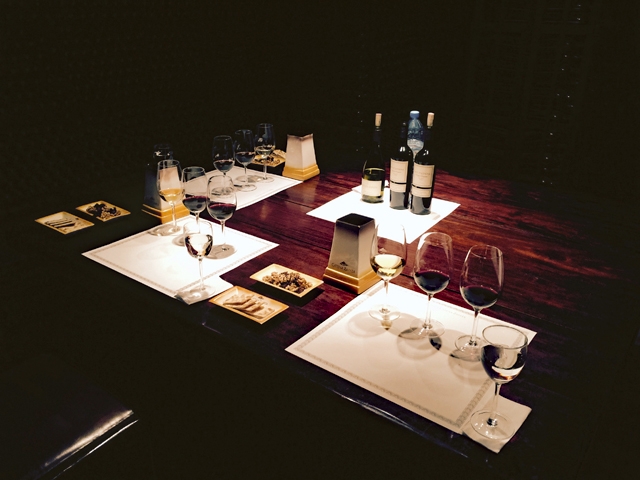 The summer of 2019 started with warmer than usual temperatures and then cooled off in February.

Decreased snow in the winter months resulted in water shortages which led to overall yields being down 20-30%. The lack of summer rains resulted in perfectly healthy grapes. The big scare of the season came on March 19th, 2020, when the Argentine government declared an obligatory quarantine and we feared that harvest would have to stop with some of our best grapes still on the vine. Late in the day, an order exempting wine as an essential food product came through, allowing us to continue harvesting through the first week of April. Strict social distancing and other necessary precautions were put in place and all office personnel moved to working from home. The winery was closed to visitors a few days prior. Winemakers can't remember an earlier harvest year. The cool climate areas at extreme high altitude in the Uco Valley are yielding beautifully concentrated wines with intense aromatics, optimal texture and structure, and high acidity (healthy levels of malic acid). Head winemaker Alejandro Vigil calls it one of the best vintages of the last 10 years.

Yields
Although the spring was very dry, which increased the risk of frost, we did not have temperatures below freezing. Except for October 15, when there was snowfall at the Adrianna vineyard and the temperature dropped below 0 degrees. The Chardonnay and Pinot Noir, both at budbreak, lost 40% of their crop.
During the summer, there were two hail storms at the Adrianna vineyard, namely on November 21st and December 2nd. Fortunately, the “Vinos de Parcela” lots which were covered with anti-hail nets suffered only minor damage.
Our other vineyards were not affected by hail or frost. Fruit set during spring was very good in general, although yields dropped by 20 to 40% due to drought and scarce snowmelt.
Although clusters developed into a satisfactory number of berries, they remained small, and this was the major cause for reduced yields.
In 2020, grapes ripened between 20 and 40 days earlier than usual, depending on the region and the grape variety, as described below: In Mendoza’s “Primera Zona” or “First zone”, white varieties ripened one week earlier and red varieties ripened two weeks earlier than usual. This is most likely due to the soil composition of the region, characterized by deep lime/clay soils that retain more water. As a result, the plants suffered less water stress during the summer, producing yields closer to normal.

In the Uco valley, which is a high-altitude region with rocky soils and less water retention, the stress felt stronger. In this region the white varieties ripened two weeks earlier than usual (February 15th-20th instead of February 27th -March 8th of 2019), dropping yields by 30% due to spring frosts and water stress factors. The Pinot Noir and Chardonnay ripened earlier than usual and we saw lower yields in both of them.
We harvested the red varieties from the Uco Valley a month earlier than usual. The yield reduction, coupled with optimal temperatures for photosynthesis and the overall drought conditions, allowed for a shorter period of time between veraison and harvest (45 to 50 days), similar to wine regions like Bordeaux and Napa, while normally in Mendoza we have twice as many days in this period. It will be interesting to analyse the Uco Valley wines in the future, to see how this shorter veraison to harvest time affects the aromas and flavors.
In conclusion, overall, the weather conditions and the early harvest have allowed us to complete the full harvest earlier, and this was highly beneficial given the challenges posed by the Coronavirus pandemic.

Grape Quality
This vintage has been characterized by perfectly healthy grapes. Harvest dates have been crucial in obtaining such quality of grapes, considering the particular weather conditions of this season. We have thus obtained wines of great concentration and color, and of splendid acidity. We also predict an extraordinary aging potential.

By Region
El Cepillo Region
Angélica Sur vineyard (altitude 1090m.):
Accumulated rainfall decreased by 70 mm with respect to the historical values (-18%). Winter temperatures were slightly lower than average and spring temperatures were average, with no frosts.The overall drought conditions and a summer warmer than usual accelerated the harvest. Chardonnay, which is usually picked during the first week of March, this year was harvested on February 23rd. Other varietals ripened one month earlier, ending the harvest in late March instead of late April. We had no hail storms. On April 7th there was an early frost and the temperature fell to -1.5 ° C. Fortunately, we had already carried out the harvest.

Gualtallary Region
Adrianna vineyard (altitude 1450m.):
Accumulated rainfall decreased 282 mm compared to historical values (-70%). Winter temperatures were somewhat lower than usual, with more days below freezing, and spring temperatures were average. Summer was warmer than usual. On October 15, there was snow and frost and the temperature dropped below 0 degrees. The Chardonnay and Pinot Noir, both at budbreak, suffered some damage and yields were reduced. Summer was warmer than usual. We had two hail storms on November 21st and December 2nd. Because the vineyard is almost totally protected with anti-hails nets, lots covered with anti-hail nets suffered minor damage. This vineyard saw an overall yield reduction and the grapes were harvested two to three weeks earlier than usual.

Gualtallary Alto vineyard (altitude 1515m.):
Accumulated rainfall decreased 193 mm compared to historical values (-48%). We had average winter and spring temperatures. On October 15th the vineyard was covered with snow. There was a severe frost but the vineyard was spared because budbreak had not yet started. Summer temperatures were higher than usual. Autumn was also warmer and harvest started one month earlier.

Agrelo Region
La Pirámide vineyard (altitude 950m.): Accumulated rainfall was 102 mm less than historical values (-38%). Winter, spring, summer, and fall were warmer than usual. There was no frost or hail. Harvest started one to two weeks earlier than usual depending on the variety.