By: Anthony Gismondi
At the ancient crossroads of food and wine 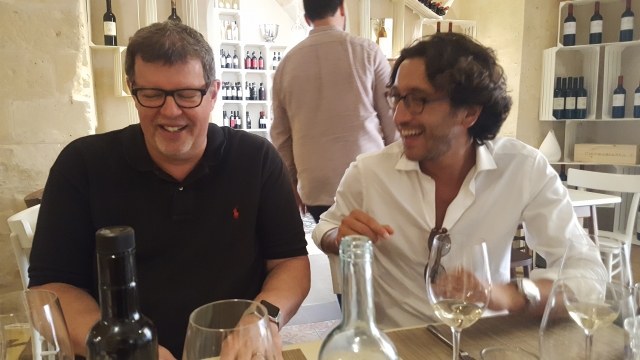 Each week, until December, we're releasing a short film in which we take a closer look at a renowned or emerging Italian wine region and we film it through the eyes of the people who are making the wines.

Our latest adventure takes us to Puglia, a region that historically was better known for its rustic red wines used to bolster the lighter wines of Northern Europe.

It’s been two decades since Marchese Piero Antinori took an interest in the wines of Puglia, an area rich in native varieties unknown to much of the world. Today, they farm 625 acres of vineyards tending chardonnay, cabernet sauvignon, primitivo, fiano and negroamaro by the sea in the Salento region. Further north, at Bocca di Lupo, in the Castel del Monte DOC region, they farm 250 acres at some 800 feet of elevation on chalky soils growing chardonnay, aglianico, fiano, moscato, and cabernet sauvignon.

Wine has been made on the plateaus of the Italian boot heel since the time of the ancient Greeks. In fact, according to Vito Palumbo, Tormaresca's brand ambassador and unofficial cultural ambassador and cheerleader for Puglia, those who occupy the very southern regions of Italy feel closer to Greece than to most of Italy. The history is as rich as the food, wine and people of Le Puglie. Why the use of the plural? Vito explains in the video, which we promise won't disappoint.

Watch the other videos in this series: Italian Adventure Series