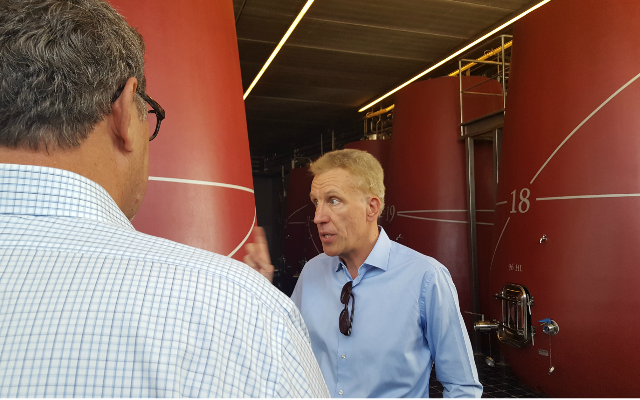 Each week, until mid-December, we are releasing a short film in which we take a closer look at an Italian wine region, filming it through the eyes of the people who are making the wines.

In this episode, we visit the Luce della Vite estate and catch up with Stefano Ruini, the new technical director of the renowned estate owned by the celebrated Tuscan Frescobaldi family.

Ruini sees himself as more of a midwife than winemaker, allowing the property to tell its story through its wine. Ruini and the new winery signal a rebirth at Luce, first founded back in 1995 as a partnership and a collaboration between the Frescobaldi family (Lamberto) and the Napa Valley Mondavi family (Tim). The goal was to create a super Tuscan blend of sangiovese and merlot, that eventually spawned Luce, Lucente and finally, in 2003, the first Brunello di Montalcino.

When the Mondavis sold the family business in 2004 the Frescobaldi’s took back control of Luce della Vite and carried on production at nearby Castelgiocondo whose vineyards border the Luce vineyards. In 2017, Lamberto Frescobaldi made the decision to give Luce a new home and new direction. Ruini arrived in the middle of the transaction that saw Frescobaldi purchase his neighbour’s recently built winery structure (mostly underground) and was given carte blanche to reach for the stars. We met him in the middle of his constellation and went for a tour.

Watch the rest of the Bolzano to Bari: An Italian Adventure Series.