By: Anthony Gismondi & Treve Ring
20 Wines That Inspired us in 2018 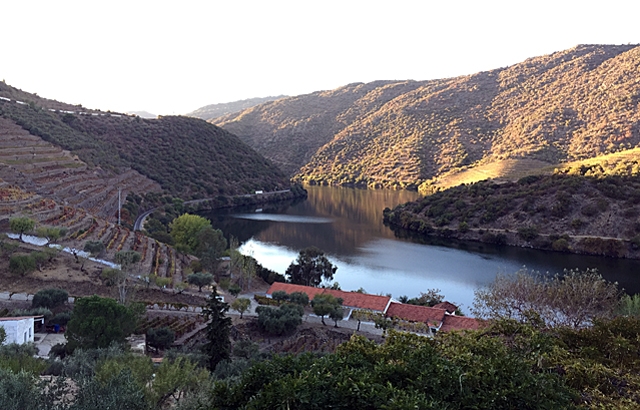 Climate change continued to dominate the business of wine in 2018 and has a lot of people looking farther north and farther south for cooler areas suitable for growing premium wine grapes.

Note I use the term “premium” as I should, in the context of the highest quality, not as part of a lower level of the ubiquitous, super-premium or luxury tiers used by overzealous wine marketers to tag faceless and placeless brands.

Despite the many environmental challenges ahead, it would be fair to say quality wine is in a good space now. Gone are the days of any one country dominating the world of wine or dictating style and/or price. The search for new or just different, aided by a highly connected world has uncovered a wide world of wine that is finding its way to market, complementing established producers and forcing everyone to get better. At the beginning of the year Treve and I enjoy looking back just for a moment to recall the wines that most resonated with us for any number of reasons in 2018. First up is my top ten, to be followed later this week by Treve's picks.

I begin in northern Portugal with Anselmo Mendes Muros Antigos Escolha 2017, a Vinho Verde icon. This wine is the perfect example of modern wine at its best. Simple, fresh with stunning texture - we called it precise - not to mention affordable, and you can pair it with anything. It’s a wine for life.

We spent time with the Antinori family last year filming, tasting and rediscovering the great Tuscan story of Tignanello. The notion of creating a wine to lift a region in trouble as Tuscany was in the 1960s and early 70s reminds everyone that it only takes determination and hard to work to get back on track. In 2018 we discovered via the Tignanello 2015 that sangiovese in Chianti Classico is all the way back and more.

Following a similar vein, the Bartier Bros. Semillon 2017 demonstrates that winmaker Michael Bartier can make world class wine in BC, and if he can, then the potential is there for everyone to do the same. That’s a long way from where we were in the 1990s, but all you need is one to get it started.

When you don’t have a lot of disposable cash it’s important to be able to drink fine wine that doesn’t cost a fortune. Domaine Guisset 2016 delivers on the nose and the palate and you can age it and it will get even better. A steal at $20.

One of my favourite tastings of the year was with master sommelier Larry Stone who put everything he owns into Lingua Franca, an adventure in Oregon pinot noir and chardonnay. To hear Stone talk about his wine, and the site he had coveted for years (and given up every viable asset he owned to buy it) is both scary and a joy. Even better is the Lingua Franca Estate Pinot Noir 2016.

Mission Hill Terroir Collection No. 32 Vista's Edge 2016 and the latest Mission Hill Reserve Meritage interested me because it signals a shift toward cabernet franc by a BC wine force. I think this variety could be a superstar here, not because it's Loire-like, but because it reminds me more of Bolgheri.

Over the years I’ve been lucky to taste some great bottles of Hermitage La Chapelle including the 1961, 1978, 1990, 2009 and the 2010, but the Paul Jaboulet Aîné Hermitage La Chapelle 2015 could be one of the best ever. It’s been a decade since Caroline Frey took over as winemaker and viticulturist at Paul Jaboulet and clearly she has made her mark. From certified sustainable farming she now employs organic and biodynamic practices, bringing this historic label back to life.

As the vineyards at Tantalus in East Kelowna enter a fifth decade we are only just becoming aware of the why and what-for of old vines. In this case the old vines electrify the Tantalus Riesling 2017 that overcame the heat, smoke and the drought of the vintage to deliver this amazingly lively off-dry riesling that says we are in the big game.

Finally, I could have picked any Vintage Port from the widely declared (a rare occurence) 2016 vintage but there is something magical about Taylor Fladgate Vintage Port 2016, a wine with a track record for ageing that is impeccable. A sure sign of an extraordinary wine is one you can drink now or put away for forty years and beyond. This wine will entertain several generations and isn’t that what it is all about? Bring on 2019.